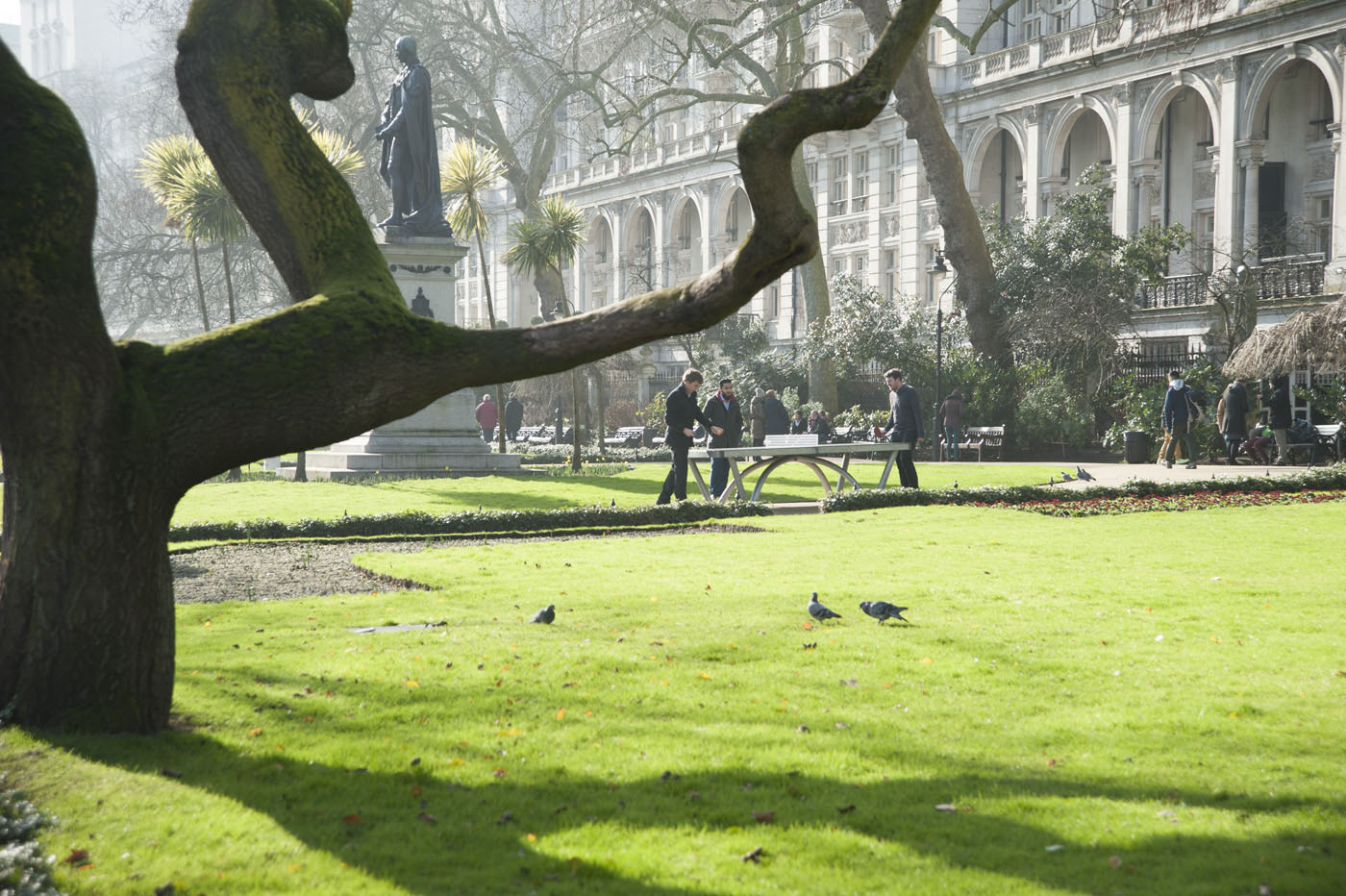 This week’s picture of the week is ‘The Table Tennis Game’ by  Roger Towell, selected by Brenda Spiller.

Brenda says “It caught my eye immediately, with near and distant things going on…the strong tree trunk and shadow with birds in action below…followed by the branch of the tree making your eye look down at the game, and finally in the near distance, the statute and the people all appearing to be looking away as if disinterested in the game.  A clever shot, well done Roger.”

This is our twenty-ninth photo of the week. “Play tag”. The person whose photo is chosen each week should then select next week’s image. Send your choice to greenlondon@rps.org with some brief notes as to why you chose it and we’ll then post here. The only rule is that you can’t ‘tag back’ – i.e. you can’t pick a photo by the person who picked yours. Hope we can keep the fun going.

So it’s over to you, Roger.   Please pick an image between 19th and 25th February for posting on Sunday, the 26th February.