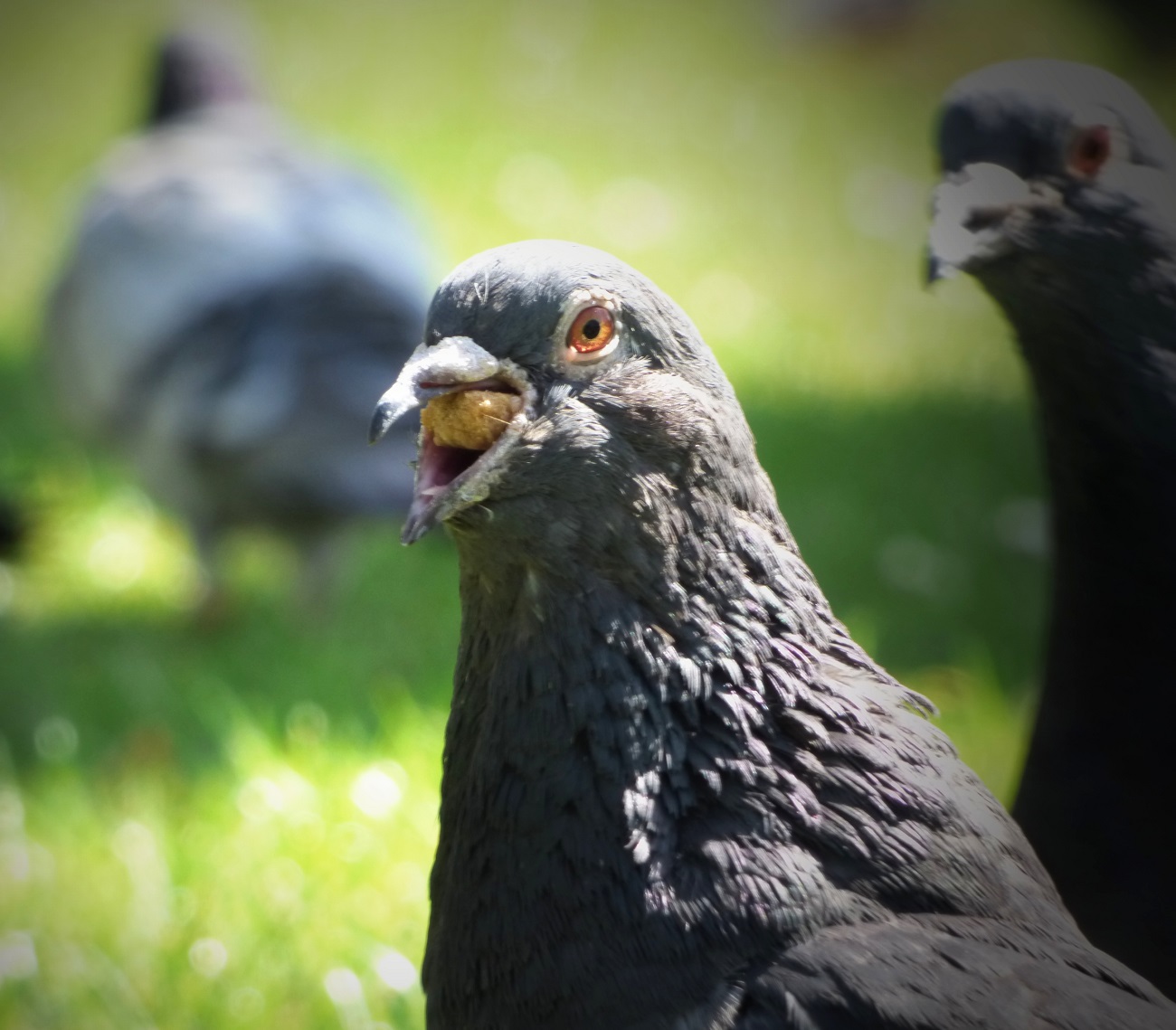 I was trying to get some shots of squirrels in spring while at the same time feeding the birds. This one’s eyes were bigger than his belly – or rather his mouth, and this big piece of biscuit got stuck in his mouth. I took this shot just before another pigeon came along, and started looking anxiously into his/her mouth, by which time I had already put my camera down trying to figure how to do bird rescue. The bird began to seem panicked as he was trying to move his mouth and couldn’t, but thankfully the biscuit eventually became dislodged. I was quite amazed by their behaviour.